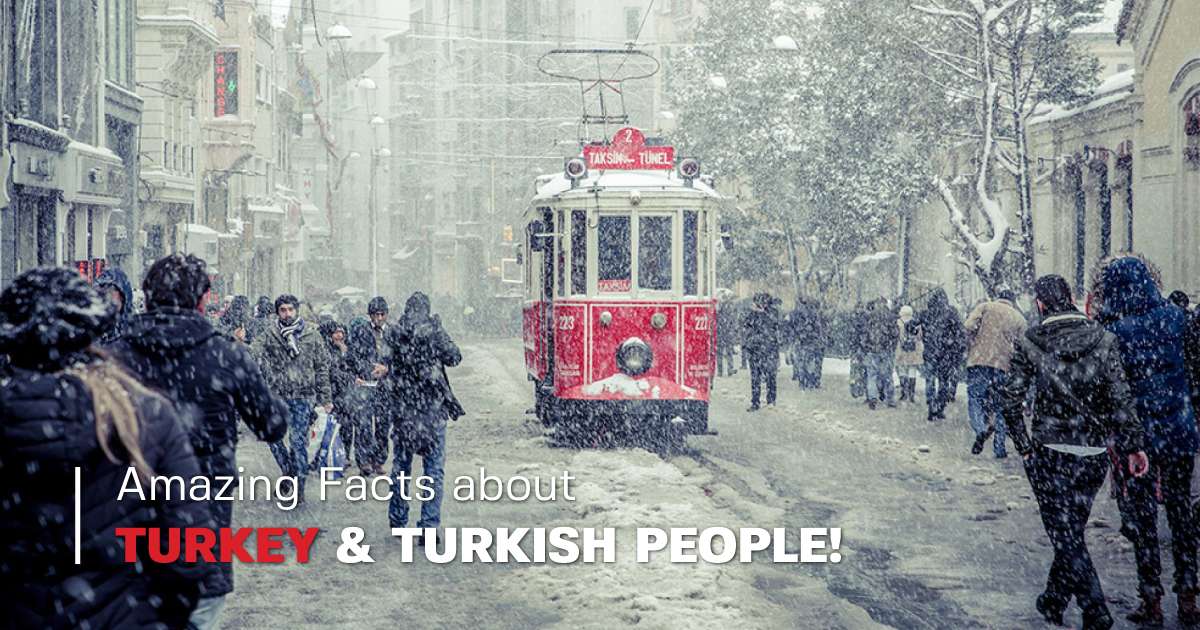 Turkey is a very interesting country with a distinctive culture and language. Always wanted to find out more about Turkey? Read on to discover a few things you might not know…

The Turkish language is distinct from other languages in the region, as it is inspired by Latin, not Arabic. This makes professional, accurate translation vital for companies seeking to branch out into this area.

There are 10-15m native speakers within Southeast Europe, and some 65m native Turkish speakers throughout Western Asia. The language is the most widely spoken of the Turkic languages, first spoken in Mongolia, before gaining great influence from Arabic and Persian languages.

Turkey is a wonderfully diverse country with a rich cultural history, as well as a fantastic blend of tradition and a desire to embrace the new. Here’s a few facts about Turkey you might not know:

The country is self-sufficient agriculturally, so it doesn’t need to rely on any other countries for food. Major exports from Turkey include figs, tomatoes and aubergines. Turkey is one of the few self-sufficient countries in the world in terms of food.

14 million people in Turkey use Facebook, making it the third-largest country in the world to use the social networking site. With its young and connected population, Turkey is becoming a hotbed of invention and a target for investment. Half of the country’s population is under 30, and Turkey has a higher expected college graduation rate than Italy

The Turkish alphabet is based on Latin, not Arabic – making it distinctly different and presenting a unique challenge for translators.

The Roman Empire once included Turkey, with the modern-day city of Istanbul (once Constantinople) chosen as the center of the empire by Emperor Constantine, once Rome began to fall. The huge amount of historical places to visit in Turkey can be credited to the fact that the country sits on the edge of ancient Mesopotamia, that is often referred to as the birthplace of civilization, so it is not a surprise that many empires have conquered, ruled, and lost their reign of the region.

Turkey is the stuff of legend

Turkey is the location of the world-famous city of Troy, well-known by history lovers. According to history buffs, the city really existed and was rebuilt many times. This is one of the most important historical cities of Anatolia. Archeological excavations have revealed nine separate periods of settlement at this site, including ruins of city walls, house foundations, a temple and a theater.

Turkey sparked a love of coffee

Turkey’s Ottoman Empire brought coffee to Europe during the 1500s, where the beverage was quickly adopted by Italy and further afield.  An old Turkish proverb perfectly describes the intensity and passion behind traditional Turkish coffee: “Coffee should be black as hell, strong as death, and sweet as love”. From marriage proposals to the froth factor, this is a ritual 500 years or more in the making.

Turkey, by land mass, is positioned 95% in Asia and 5% in Europe. The Anatolia section covers the 95% while the 5% represents Thrace in the Balkan Peninsula located in Southeast Europe. Anatolia, also known as Asia Minor, Asiatic Turkey, or Anatolian Plateau, is a vast, rectangular peninsula between Europe and Asia.

Turkey was once home to early human settlers

The country was once home to some of the world’s earliest civilizations, with settlements found which date back to the Neolithic Age. Catalhoyuk in Turkey It’s the first town in history. It came about in 7,500 BCE. It survived for 2,000 years. That’s as long as Greek and Roman Civilizations.

Turkey has the second-oldest underground railway in the world after the London Underground, Turkey’s railway ambitions do not stop at its frontiers. Turkey has borders with eight countries, and its government is thinking big.

Demographically, Turkey is an increasingly young and affluent country and, as such, has tremendous need for education. The size of Turkey’s middle-class increased from 18 percent to 41 percent between 1993 and 2010. The country also has one of the youngest populations in the OECD, with the second-highest share of people under the age of 15 (24.3 percent) after Mexico (28 percent) in 2014. There are nearly 200 universities in Turkey, most of which are run by the state. Most of these institutions are relatively young.

Turkey is among the fastest-growing emerging markets in Europe, making it a desirable location for some of the world’s top investors. By 2050, it’s predicted Turkey will be one of the globe’s most significant economies; and Turkey also boasts one of the world’s largest labor markets with a workforce of around 28m. The country is regarded as having one of the newest booming economies, with major industries including textiles, motors, electronics and agricultural products.

If you want to crack into this competitive market, great communication is essential. The translation professionals at Future Trans can help make communicating simple, supporting your business aims with the very latest know-how and technology you need to do business throughout the country. The professional Turkish translation services from Future-Trans can help you take your business global by connecting with the lucrative and exciting Turkish market.