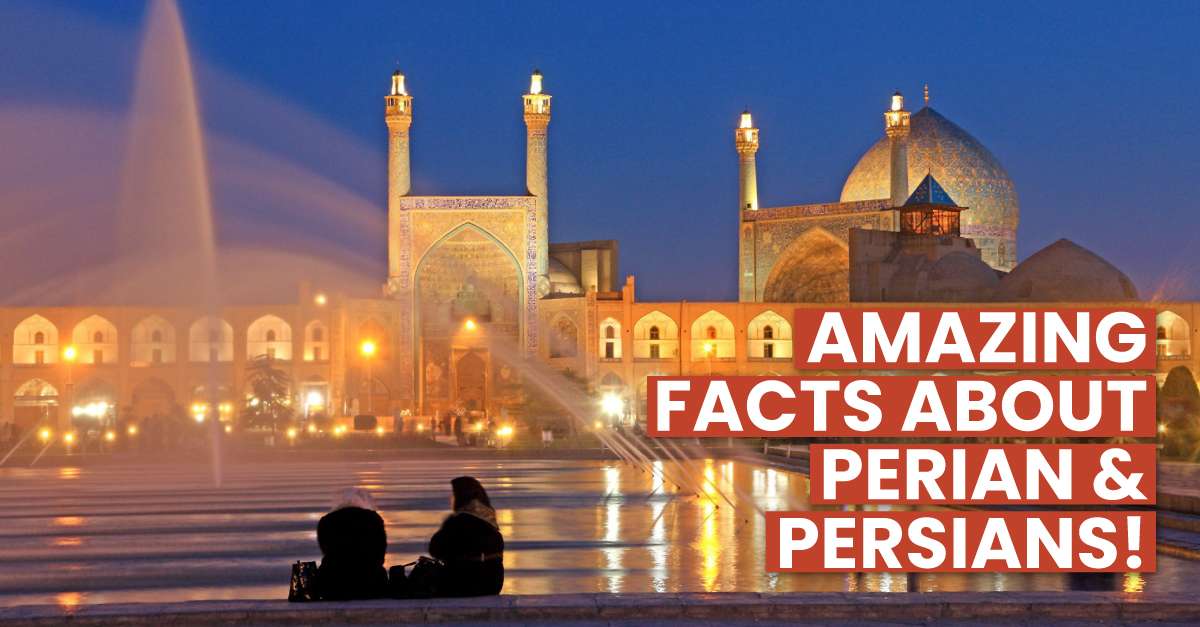 The origin of the Persian language dates back to 550-330 BCE and it was used by the Parsa people who ruled Iran. It then became the language of the Persian Empire and became a widely spoken language with it being used in the likes of India, Russia, the Mediterranean and the Persian Gulf.

Through the years, the language has evolved and has become the modern language that it is today. Primarily it is spoken in Iran, Afghanistan, Tajikistan and certain areas of Uzbekistan.

Countries that Use Persian

The Persian language is native to the Pars province in South Iran and it makes up one of a number of ethnicities that form part of the Iranian nationality. However, Iranians can be found in many different nations. It is primarily spoken in Iran, Afghanistan (officially known as Dari), and Tajikistan (officially known as Tajiki ), and some other regions like Turkmenistan, Pakistan,Tajikistan ,Uzbekistan

Iranians are proud of their history

The history of Persia is one that is long and interesting and so, Iranians have a lot of pride in their past. When you meet Iranians, it is common to instantly get a feeling that they are proud to be Iranian.

Family is Important to Iranians

Family is very much the central focal point for Iranians. You will see the grandparents with grandchildren, while they will often carry their children as opposed to pushing them in a pushchair.

Hospitality Counts for a Lot

Iranians are welcoming in every sense of the word. They will ask you questions about where you come from and give you shy smiles. When you stay in traditional accommodation, they will ensure you are comfortable and will more than likely cook you a meal that is homemade.

They Still Use Old Currency

The Iranian Toman was the old currency of Iran before being replaced by the Rial in 1932. Commonly, you will still be asked to pay in Tomans but all that is required is a quick calculation to make your payment in Rial.

Iran is an Ancient Civilization

Around 500-900 AD, Iranians invented windmills that would have been used to grind grain or draw up water. This made the windmills perfect for use in industry but amazingly, they are still functioning today.

The Postal Service was Invented in Ancient Persia

There is a strong belief that the first postal service was invented in Persia around 550 BC. Cyrus the Great ruled at the time and created the service so post could be delivered and received by all citizens. To add to this, he also requested roads to be built so that they mail could be delivered easily.

The Image of the Country abroad is important

The majority of Iranians actually care about how their country is perceived abroad. They are keen to find out what travellers think of the country and they want people to pass on the message that the country is a safe and happy place to visit.

There is an art to Politeness

It is common for business owners in Iran to refuse to take your money. This is a cultural tradition but it certainly does not mean that the customers does not have to pay. The idea is that the customer plays along and offers to pay again before the offer is refused, eventually you end up agreeing. This cultural behavior can be found in a number of social situations and not just when paying for goods.

You will never find a perfect Persian Rug

When a Persian rug is made, it will usually have imperfections in it. This is their way of symbolizing God and how he can only create perfection. Persian rug making dates back 2,000 years with techniques being passed through generations.

The economy in Iran is dominated by oil and gas exports which makes up for as much as 80% of export earnings. The oil sector is controlled by the state and it administers a number of large industries. The majority of Iranian work in the service sector but industry and agriculture also form a large part of the overall economy. In fact, the majority of GDP come from services with industry and agriculture following closely behind.

The potential of development in Iran is massive and it is a member of the Next Eleven countries. It has a centrally controlled economy that comes with a large public sector. The prices are controlled by the government but subsidies placed on some products have caused the economy to come under strain. Initially, Iran was an isolated country from a financial perspective but in recent years, it has signed agreements with other countries.

Iran is a big export of petrochemicals, chemicals, automobiles, fruits, nuts and carpets earning the country almost $100 billion. When it comes to export partners, China imports 22% of Iranian exports with India importing 9.9%, Turkey 8.4% and Japan 4.5%.

The government in Iran relies heavily on the production of gas and oil as it makes up the majority of its revenue. However, there are many other market that are growing such as petrochemicals, car manufacturing, telecom, energy construction and food to name but a few.

The Iranian market is now growing faster than it has done for some time and that is down to the fact that it has signed agreements with a number of countries. It has close ties with countries such as China and India and so, markets are beginning to capitalise on opportunities.

Despite the oil and gas industry taking control, the automotive industry is beginning to cover some ground in terms of growth because it is now starting to account for a large portion of GDP. Over the last ten years, the car manufacturing industry has grown exponentially and this has interested many investors as they have seen the potential of the industry, especially as it is now classed the regions top vehicle manufacturer.

The tourism industry is also growing and this has been put down to the fact that the country is more accessible than it has been for some time. In 2017, 6 million people visited Iran and that is having a significant knock-on effect for restaurants, hotels and the general economy of the country. Many large airlines are now offering direct flights to the country following the relaxing of visa requirements and so, the number of tourists is expected to rise offering further investment opportunities.

With Iran fast becoming one of the most recognized countries in the middle-east and with industries that are growing at an impressive rate, translating into Persian is essential for a number of reasons. Reaching a wide audience across a number of countries will make it possible for businesses to grow and expand and it will make it possible individuals and businesses to be heard. Persian is a language that is clearly popular and of course, with countries such as Iran, Turkey and Armenia using Persian, the opportunity of translating into Persian should not be ignored. At Future Trans, a team of highly skilled translation experts have the ability to translate accurately and clearly while ensuring that the text reflects the exact requirements of our clients. Through the use of technology and translators who are native speakers, we are confident of delivering text that portrays the tone and image of your brand in a way that gets results.

previousPeople Behind Your Project! - Noha Hussien