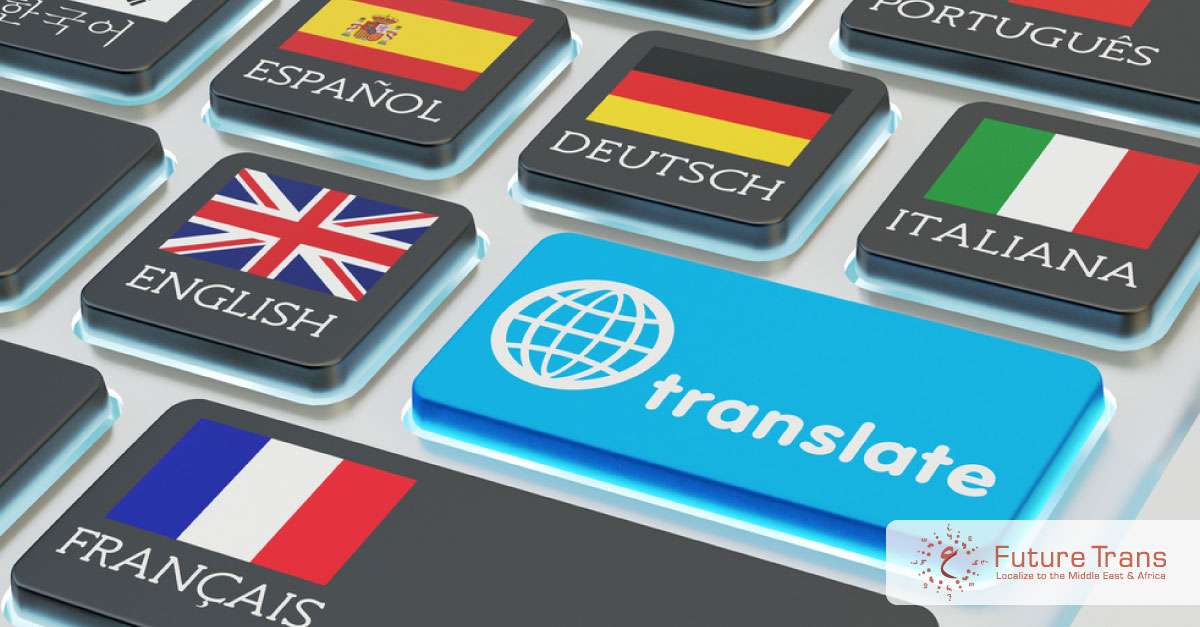 Like every industry in the world (in fact every centimeter!), the language services industry, including the translation sector, has been greatly impacted by the recent technology revolution (why not call it silicon revolution?!) and its related flow of developments in the fields of telecom, IT and many others. The impact is undeniably so fundamental that it has affected every and each area of our life.

Thanks to technology advancements, the translation industry has witnessed many benefits, which are making life easier and better for both translators and clients (individuals and businesses alike). These benefits are real, far-reaching and wide-ranging.

Gone with the wind are the days when translators were spending their time on traditional text-editing applications, such as Microsoft’s Word or Apple’s Pages. Modern translation agencies are now using a wide range of technology tools that make work easier for translators, project managers and, consequently, clients. All stakeholders are benefitting and are becoming increasingly happy.

With this, the booming translation technology is driving businesses, from FMCP small & medium projects to Tech giants, forward ─  and thus enabling them to extend their footprint everywhere across the globe.

Man and machine have never been foes. Rather, the opposite in fact ─ best friends joining hands (and forces!) to make the lives of humans better and happier. The sphere of language services, and translation services, in particular, is no exception.

So, wouldn’t it be a bit enlightening for us to look further at the new tech tools in the language services area:

We usually get started with Facebook, just for logical reasons! Nowadays, Facebook Messenger users can easily get automatic translations of the messages they receive.  For example, if you’re a user whose language on Facebook in English and you receive a message in Spanish (it happens!), you’re destined to automatically receive a popup inquiring if you want the messages from that person to be translated. If the user is okay with this, all future messages will be translated automatically in this conversation.

Based upon the amazing technologies of speech recognition and machine translation, Skype is also riding the wave! Users can connect over Skype and chat via a video call with real-time translation. This feature is currently available in English German, French, Chinese, Arabic, Italian, Portuguese, Russian and Spanish. As for Instant messages, they can be translated into more than 60 languages.

We can now find this wonderful multilingual machine translation cloud service not only in the well-known Microsoft Office, but also across several products (both for personal and corporate use), including: Microsoft Translator apps for Windows, Windows Phone, iPhone and Apple Watch, and Android phone and Android Wear in addition to Internet Explorer, Visual Studio, Microsoft Edge, Microsoft Lync, Yammer, Skype Translator, Bing and SharePoint.

With the image translation tools, it’s been made possible for users to paste the URL of an image into a box, or just drag the image onto the webpage on the laptop screen, and the image will be automatically scanned with a prompt translation of the text. With these tools, screenshots, photos, and any other images can be easily translated.

By incorporating the 3 technologies of machine translation (MT), automatic speech recognition (ASR), and voice synthesis, the speech translation system can translate a bilingual conversation. The iTranslate Voice, for example, guarantees an accurate voice translation into more than 40 languages.

6-Translate the Text in Other Apps

Google Translate has been doing wonders over the years for individuals and enterprises alike. This feature works from any application which includes text on the user’s Android phone, making it possible for her to select and copy the text that she wishes to translate and tap “Translate” to send the text to Google and get it immediately translated. No wonder, it’s Google!

Yes, Google is still doing magic. With the Google Translate app, you can translate both sides of a spoken conversation between 2 languages, albeit available in some languages only.

Google Home is now able to translate conversations on-the-fly.  The first person will speak a certain language, while the other will speak another tongue, with Google Assistant acting as the middleman between the two speakers.

8-Translate With Handwriting or Virtual Keyboard

Still, with Google and the tech giant’s multiple translation capabilities, we also can use Google Translate’s virtual keyboard to type or even draw symbols or letters that are not on our keyboard, and then let Google Translate do the translation job into 45 different languages.

As long as we’re talking about the role of technology in the translation and localization industry, Future Trans is a pioneer, whose leading position has been based, over a quarter-century, upon the 2 pillars of rocking technology and highest quality.

We’ve been adopting innovative translation technology to ensure that our standards are always high. As for quality, we always use the latest versions of quality assurance and project management tools to keep our projects on track and meet customer expectations every time.

An ISO 17100 certified language services provider, Future Trans has been delivering premium translation and localization services for more than 24 years, thus building up a wealth of knowledge and insight, as well as a database of satisfied customers ─ who range from local companies to global giants ─ helping them take their products and services to customers in the Middle East, Africa, and elsewhere around the world.

Get in touch today with our team of translation experts to get a free quote.