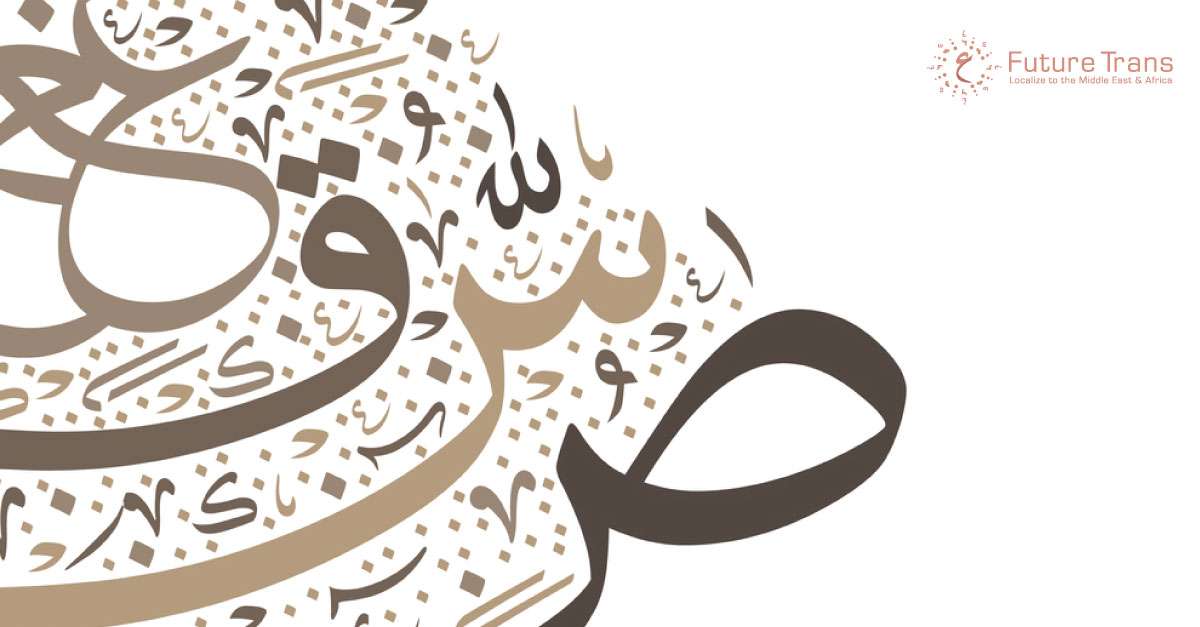 Arabic language translation is extremely beneficial for businesses around the world. Translated texts and documents can attract business, engage customers, and open new markets. But, there are challenges to overcome in order to create the highest-quality Arabic translations.

The importance of Arabic today

Arabic is reportedly the fourth most widely spoken language in the world, with an estimated 319 million speakers. It’s the official or co-official language of as many as 26 countries and states, but its speakers can be found across the globe. Arabic is also one of the six official languages of the UN.

Arabic’s impact can be heard far and wide. Many modern-day words in other languages are taken from Arabic, like the English word Orange, which came from the Arabic nāranj via the French orenge. Or, the English word magazine, which can be traced back to the Arabic word for storehouses, maḵāzin.

Arabic is a distinct language with its own alphabet and sentences which are read from right to left. This means translations won’t necessarily fit perfectly with existing layouts. The translated text might be longer than the original text or characters might not display properly.

At best, this can be a little off-putting for the reader, but at worst it can cause major comprehension difficulties. Professional translation companies can combat layout issues through desktop publishing support, software services, or website localization.

Arabic is a language with tens of dialects. These dialects vary depending on where the language is spoken. Some are mutually intelligible while others sound very different. This can make Arabic language translation and interpretation processes complex.

For example, the Arabic spoken in Egypt and Lebanon is different but understandable for speakers of each variety. But, these dialects are very different from the Arabic spoken in Morocco. Arabic interpreters need to have in-depth knowledge of the language and culture associated with the dialect(s) they speak.

There is a standardized, literary form of Arabic called Modern Standard Arabic (MSA), used in areas such as education, literary works, and formal speeches. MSA is similar to Classical Arabic, the language of the Qur’an.

Usually, written texts use MSA, meaning that Arabic language translators normally use this version in translations. But, multimedia translation projects (such as commercials or games), recordings to be transcribed and translated, or voice-overs could all include specific dialects. Translators need to navigate these differences and make appropriate choices for their work.

It’s easy to assume that a text needs a basic Arabic language translation. After all, you want to change the text from one language to another. But, in reality, many projects are in need of localization. This is the process of making content culturally and linguistically appropriate for a specific place while retaining its impact.

For instance, a marketing campaign created for an Anglophone audience may have a very different impact on an Arabic-speaking audience. Symbols have different meanings, slogans are interpreted according to local culture, and laws and customs differ. Audiences need content they can relate to, which is why localization service is so important.

An understanding of local culture is also beneficial for multilingual search engine optimization (SEO). A website might be written in clear Modern Standard Arabic, but does it have the right keywords to be found online? Which search terms do people in different Arabic-speaking countries really use? Understanding local Arabic culture can help with SEO content creation.

Future Trans – We know the translation

Here at Future Trans, we have over 25 years’ experience in Arabic language translation. We are ISO 17100 certified, meaning we work to the highest standards. Our teams work together to offer a wide range of in-depth Arabic translation services. To find out more, visit our Arabic language page or tell us about your project.