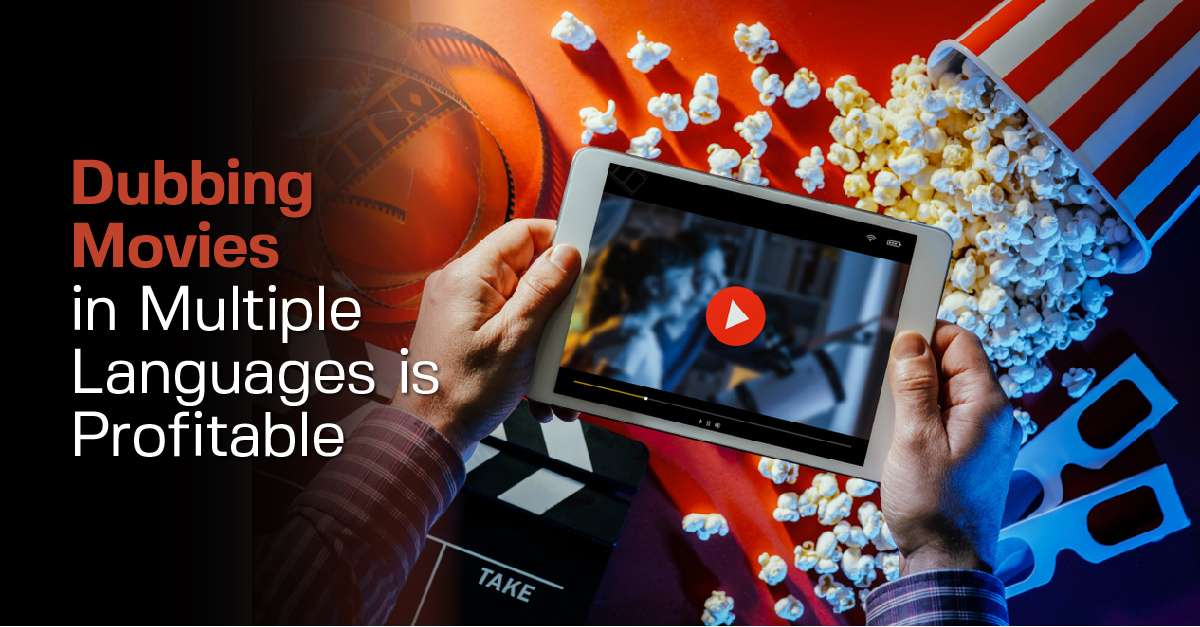 Video consumption is growing at exponential rates today all around the world. The entertainment industry understands the profits and revenues that lie beyond borders with localized cartoons, movies, productions and dubbed anime. In order to access a global audience, there has been an increase in demand for dubbing and voice-over services for dubbed movies.

Often confused, dubbing and voice-over services have very concrete differences. Voice over is precise from a point of view of technical delivery as well as from the translation of the original content. Dubbing, on the other hand, is more than just spoken words. It combines the dialects, accents, nuance and tonality to convey a richer message and it is one true way to catch the totality of the original content’s intention.

There are quite a few benefits of dubbing. Unless viewers are really good at paying attention, they can’t focus on the scene while reading the subtitles on the bottom if the animated film is in another language. This often makes them feel half involved and affects their overall experience of watching a production. Dubbing makes this experience holistic because viewers don’t have to focus on reading subtitles when the dialogues are dubbed in their own languages. They are able to relate better to the film.

Dubbing’s other advantage is that often the translation is localized and not just literally translated into the other language. This makes it easier and more enjoyable for the viewer who would understand the true meaning of the intended dialogues.

Why Dubbing Movies is Important?

Production companies around the world are dubbing cartoons to the tap into potential international markets. As reported by TBVision, one of the giants in the media entertainment industry, BTI has acquired 10 dubbing studios that cater to dubbing movies, cartoons and production globally. It has nearly tripled its revenue from €42m to €105m in 2019.

Now, just subtitling the cartoons for the international audience is not enough as it makes it difficult to read while watching the action on the screen. Localizing cartoons in a particular language for a particular location is a strategic decision for entertainment companies. If cartoons are released in multiple languages, companies benefit from new audiences and geographical revenue streams. The local audience also tends to relate more to their own languages and cultural impression in the dubbed anime. It is one of the reasons why Disney, Pixar and other big giants are releasing animated films dubbed in multiple languages. Here is a list of the great global box-office hit animated movies that were dubbed in more than 30 languages.

Future Trans can help you reach millions of new customers globally by providing very experienced multilingual voice artists who can deal with audience-centric and carefully timed scripts for dubbed movies. We only source the best linguists from our large pool of talented translators. Future Trans handpicks the most talented and gifted linguists to match your dubbing project.

nextAll You Need to Know About The Rise of Dubbing Animation