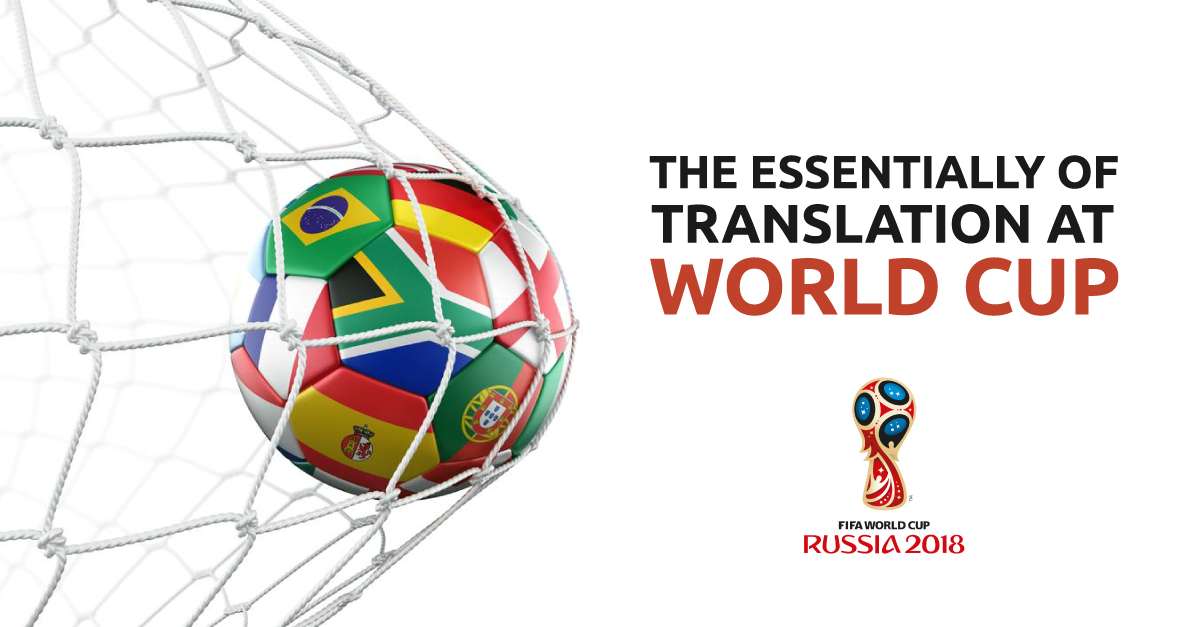 Language is something which usually divides people. When everyone speaks and understands a different way of communicating, things tend to get a little bit complicated. However, the World Cup is supposed to be an event that brings the world closer together. A shared and agreed love of sport can really work wonders for relations between countries, but that language barrier still exists. That’s why having good translation is essential. To try and really emphasize the importance of this, let’s talk about translation at the World Cup in more detail.

Which Languages Are Represented In The World Cup?

To really grasp the importance of interpretation and translation, you have to understand that there’s a staggering amount of languages present in the World Cup. Russian, Spanish, English, French, German and Arabic to name just a handful. And when you consider that each language is fully fledged in its own right, the enormity of the World Cup really begins to set in. You’re not just bringing a team to these events – you bring an entire culture and identity with you to every place your team visits, in the form of a language.

Why Are Translation and Interpretation So Important?

Within the confines of the World Cup, these kinds of services are critical. On a larger scale, interpretation and translation are always important, but even more so when you consider that there’s a lot of information that needs to be communicated in a relatively short time. Player statistics, key facts about the game, information about what’s going on – these are all details fans are going to want to know as they happen. This does mean that there’s a need for effective and competent translation services.

How Can You Get High Quality Translation Services?

Overall, with the World Cup in full swing, it’s easy to see why there’s such a call for languages and translation services. Being able to understand and also communicate is a highly valued resource, especially when there’s such a diverse crowd as the kind you’d encounter at the World Cup. Language is something which can be divisive, but with the right tools and resources, you can break down that barrier and share a passion with someone from another part of the world.

nextAmazing facts about Tigrinya and Tigrayans