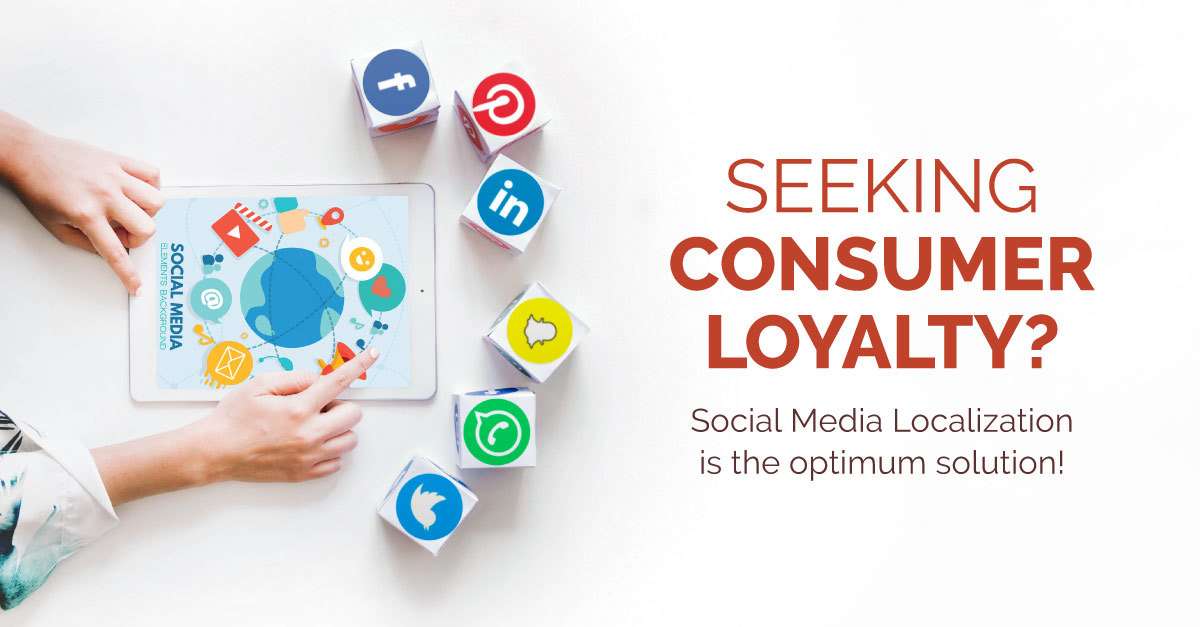 Localizing your Social media content allows you to reach your customers from anywhere in the world with an influential appeal each time. For instance when a company localizes its Facebook page specific to different countries around the world, it allows the brand management department of the company to advertise summer clothes in the UAE while still promoting winter apparels and accessories in Canada. Their marketing becomes specific to each niche but in a very convenient manner, all due to the localization of their social media campaigns.

When you localize your social media pages across platforms such as Twitter, Facebook, Instagram, Yahoo, etc.; you allow your audience to interact in a friendly manner because they can decipher content and the comments over it in a language well-known to them. If they had to translate every bit of the content on a company’s or a blogger’s social media page, it would probably frustrate them and wanting to get rid of the hassle of translating manually, they would end up breaking reducing the engagement rate on your page. By sending constant updates to your followers in their own language, you are bound to build a sense of connectivity with them, hence gaining more traffic to your page while retaining former customers in the long run.

Localizing to achieve a cultural impact on your audience is important. Without localizing, you have really high chances of losing your audience to automatic, irrelevant and literal translations of brand names, slogans, promotional taglines, etc. One of the most popular blunders of not localizing was that of Pepsi. Their 1960 slogan stated, “Come alive with the Pepsi generation.” When the product was launched in China, it actually translated the slogan into an awful statement which said, “Pepsi will bring your ancestors back from the dead.” The market’s response to such a flaw was not good. When localizing your social media campaigns and pages, you are aiming at a more pertinent content for your targeted audience. Many apps or websites can help you translate foreign language but they don’t localize your social media marketing drives; therefore the need for a functional localization company becomes essential. Considering that cultural days and annual festivities vary from country to country, localizing social media helps you to strategize marketing according to a specific country at a specific time, because campaigns may not reap the same results everywhere in the world, if posted at odd times.

In an era where social media has conquered the minds and lives of the everyday internet user, it would be disadvantageous to ignore that users tend to disclose all their wants, whereabouts and current happenings; this evidently proves that people are all about personalization and something that fits their needs the best. Therefore, to check if a specific population shows acceptance for your product or not, you can always put up your advertisements in various countries through social media platforms such as Facebook, Twitter and Instagram, and eventually obtain the results.

previousFemale Vulnerability to HIVAIDS in Africa!

nextDigital Business is the pivotal of success in Middle East!