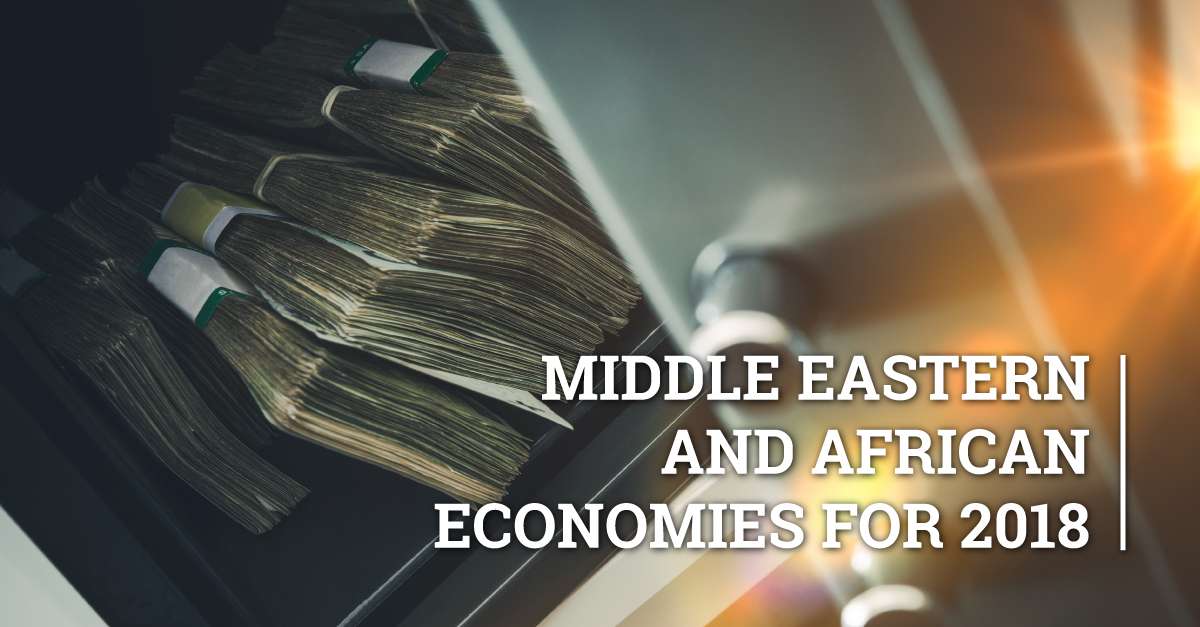 A new report by the International Monetary Fund suggests that most Middle Eastern and African economies are set to grow strongly in 2018.  The report says that growth in the Middle East and North African countries is expected to reach 3.5% in the coming year — faster than most developed countries.

The improvement in MENA economies is a welcome change after a couple of years of political instability and a slow down in the major economies in the region.  The improved outlook means there will be some excellent opportunities for entrepreneurs and investors.

This article will identify the strongest Middle Eastern and African economies, then highlight some of the fastest growing industries.  We’ll also explain why access to high quality Arabic translation services are crucial for doing business in this part of the world.

Economists expect emerging economies to drive most of the growth in North Africa and the Middle East in 2018.  According to World Bank and IMF figures, the economies with the strongest growth will be:

The Republic of Djibouti has enjoyed consistently high growth over the last decade thanks to some very large investments in infrastructure.  The country is well-located and has attracted billions in investment from various countries including China and the United States.  Their economy grew by 6.3% in 2016 and 7% in 2017.  In the coming year, the economy is expected to grow by 6.8%, making it one of the strongest performing in Africa and the Middle East.

Ethiopia was the fastest growing economy in Africa in 2017, growing by more than 8%.  This growth has been driven by substantial investment in infrastructure by the government.  Ethiopia will continue to experience high levels of growth in 2018 as its infrastructure plans continue to roll out.

The Moroccan economy has performed well in the past few years, thanks to its strong tourist industry and agriculture sector.  The economy experienced a growth rate of more than 4% in 2017, which will fall slightly to about 3.2% in 2018 — still well above that of other developed Western countries.

Libya is beginning to get back on its feet after a few years of political turmoil.  The IMF expects Libya’s GDP to grow by as much as 30% in 2018, as long as the country remains stable.  There are many business opportunities for entrepreneurs in Libya.

Egypt is recovering after years of political turmoil and has started to experience solid economic growth once more.  The country devalued its currency in 2016, which has helped to encourage trade.  Egypt is expected to have its GDP grow by more than 4% in 2018.

Traditional oil-exporting countries like Saudi Arabia, UAE, Kuwait, and Oman, and Algeria may see their growth slightly compromised due to lower oil prices.  The reduction in oil prices in recent years has caused fiscal deficits which has slowed their growth rates slightly.  On average, oil exporters are expected to see a growth rate of 3%, which is just below the 3.5% regional average.  However, these countries still represent strong investment opportunities with growth higher than most Western developed countries.

The strongest industries the Middle East and Africa

The strong economic success of countries in the Middle East and Africa is expected to create many new business and trade opportunities.  The large amounts of money being invested into infrastructure in the region will make it easier for businesses to move goods to the United States, China, and other overseas markets.  The best-performing industries in the Middle East and Africa in 2018 will include:

Many countries within the Middle East and Africa are undergoing rapid urbanisation.   They have a rising middle class who are interested in obtaining a better standard of living.  These factors will make the construction industry very successful in the coming years.

Agriculture will remain one of the strongest industries, particularly in African countries.  As farming technologies and infrastructure improve, farmers will be able to export more produce to other countries.

Both the Middle East and Africa benefit from their strong mining and petroleum industries.  Many African countries will do particularly well from rare metal mining, as these materials are required for making smart phones, wind turbines, and other consumer items.

The telecommunications sectors in both Africa and the Middle East are growing at a very rapid pace.  Many countries are deregulating their telecommunication sectors, which provides many opportunities for businesses.

The logistics and shipping industries will experience tremendous growth for the foreseeable future.  The new ports established in the region will be shipping large amount of export items to China, the United States, the UK and other developed nations.

Making the most of the opportunities in the region!

Many entrepreneurs and businesses are interested in taking advantage of the strong growth in the Middle East and Africa in the coming years.  The high level of foreign investment into the region will help it develop and will provide many incredible opportunities for businesses.

If you are interested in doing business in the Middle East or Africa, you will need to develop strong relationships with other parties.  This is why having access to a world-class Arabic translation service is absolutely crucial.

Your enterprise will need translation services to work with local and federal governments — submitting documents, discussing regulatory requirements and ensuring the business is compliant with legal requirements.  You will also require an excellent Arabic translation service to establish relationships with other businesses and customers in the region.

previousFuture Trans Got Certified to ISO 17100

nextAmazing Facts About Arabic and Arabs!