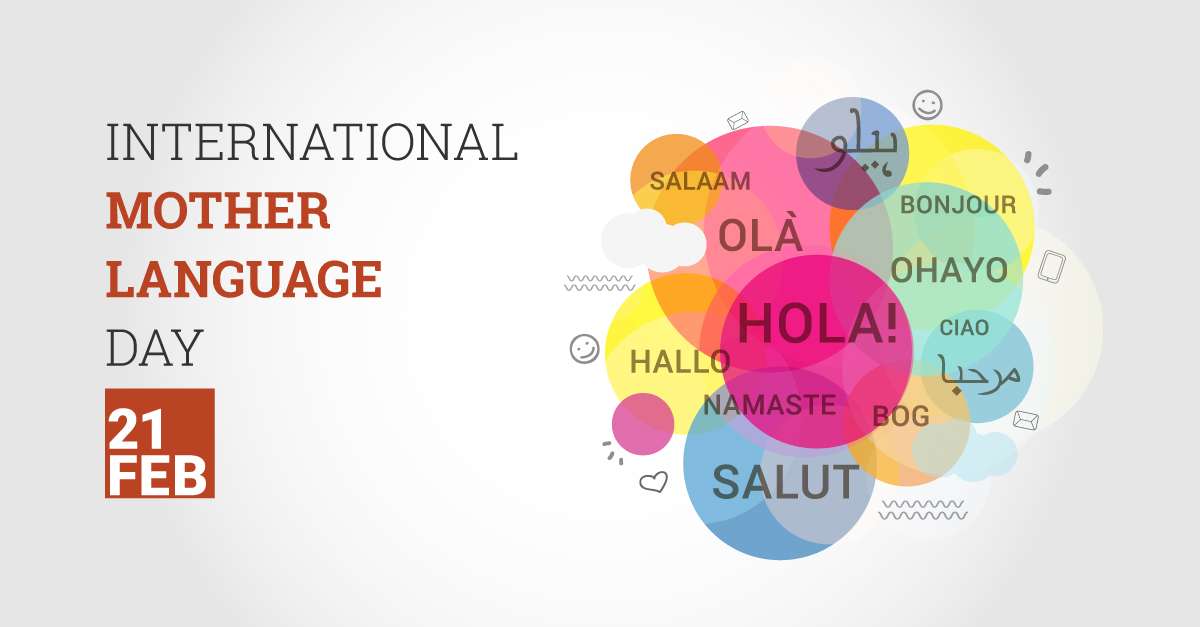 International Mother Language Day is a celebration of language that is held on the 21st of February every year.  It is designed to promote diversity and understanding of other cultures through multilingualism and multiculturalism.  This year’s theme is Linguistic diversity and multilingualism count for sustainable development.

This quote highlights one of the reasons for international mother language day — to help people communicate better with one another by using our mother languages.  The event was created to encourage greater understanding between people from different cultures while celebrating thousands of different languages and dialects.

This event was created by The United Nations Educational, Scientific, and Cultural Organization (UNESCO) on the 17th of November 1999.  The main goal of the day is to promote multilingualism and protect all mother languages.  The date was set as the 21st of February in reference to the 1952 Bengali Language Movement in Bangladesh.

The United Nations General Assembly fully supports the day, creating resolution A/RES/61/266 “to promote the preservation and protection of all languages used by people of the world.”

UNESCO estimates that the world loses a language every two weeks, on average.  When a language disappears, a significant amount of history and culture is also lost.  Encouraging people to speak in their mother language helps to keep languages alive.

Countries including Canada, Bangladesh, and India have formally recognized the event and hold special international mother language day events each year.  They also encourage teachers and students to spend a part of the day learning more about the many different languages that are spoken around the world.

Teachers can have children read poems or sing songs written in each child’s mother language.  They can also paint images of their family life and write words in their mother language.

Students can share the meaning of words with one another and talk about the history of their language.  They can also look for words in different languages that have a similar sound and meaning to one another, then find out how the languages are related.  Teachers can also play films TV programmers or music that have been created in a student’s mother language.

previousAmazing Facts about Persian and Persians!