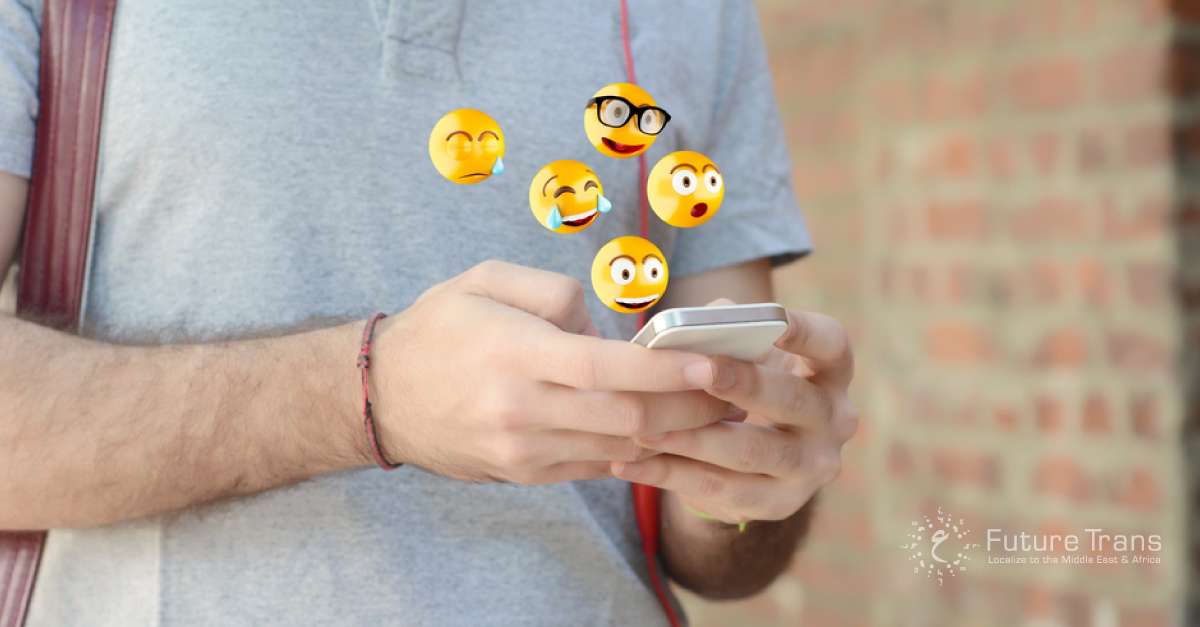 Over the past few years, emojis have become an integral part of online text. The average internet user encounters emojis so frequently that it’s unusual to stop and think about them. Yet, for businesses and brands, emojis can make or break marketing communications.

Where did emojis come from?

Tracing the history of emojis can help us understand their current usage. The emojis of today are little images, but many remember the less sophisticated emoticons that preceded them. Emoticons are made up of letters and symbols, either expressing simple emotions or more complex pictures. There are several important milestones in the development from emoticon to emoji:

The first recognizable record of emoticons comes from an 1881 article from the satirical magazine, Puck. Little pictures were made from typed characters and were annotated with emotions such as “joy” and “melancholy”.

One hundred years later, in 1982, an online message board from Carnegie Mellon University was home to the first internet emoticon use. Research Professor Scott Fahlman proposed using 🙂 and 🙁 to show humor in posts. The phenomenon quickly spread to other research centers and universities.

Emoticons transformed into emojis with the rise of the internet. In the 1990s, companies such as AOL began promoting their own little images for instant messaging software. Meanwhile, Japanese interface designer Shigetaka Kurit created his own full emoji set that was released in 1998. Many refer to him as the creator of the emoji.

July 17th was named World Emoji Day in 2014. It is an unofficial holiday, created by the founder of Emojipeadia. Although the holiday may pass many people by, it is widely acknowledged on social media platforms such as Twitter.

How popular are emojis?

2020 estimates show that approximately 700 million emojis are used every day on Facebook alone, showing the importance of emojis for businesses and consumers alike. Emojis can be used for a multitude of reasons, such as to create eye-catching content, to explain an emotion, or to emphasize a point. In the MENA region, 49% of research respondents said they use emojis on social media to express their opinions.

Many businesses jump on this emoji bandwagon to connect with their audience. While some big names launch successful campaigns, not everyone has been so lucky. A recent survey asked members of the public if businesses were “trying too hard” with their emoji usage in communications and found that 58% of people said yes.

In 2015, USA Today decided to use emojis in its print edition. The large images accompanied articles throughout the pages, mimicking Facebook’s reaction feature. Unfortunately for the newspaper, many were opposed to the idea. One journalist said, “the icons do feel like they’re trying to reflect how you should feel about the news, which blurs the line of journalistic neutrality a bit.”

That same year, Domino’s pizza launched a campaign for easy ordering. As part of their brand promotion, users were offered the opportunity to order a pizza by simply texting a pizza emoji. Once customers created an account and signed up for the option, they were ready to go.

While it’s unclear how popular emoji ordering really is, the idea caused a stir on social media. Domino’s received a large amount of media attention as a result. Today, the campaign has been extended to allow customers to order from smart speakers, smartwatches, company messaging systems, and more.

Emojis might seem to be a universal language, but symbols and images can have different meanings internationally. If your business is launching a campaign in Africa and the Middle East, Future Trans can be your language guide. Our expert linguists specialize in translation and localization services, making sure that your message is delivered accurately. We are an ISO 17100 certified company, meaning we adhere to the highest quality standards.

Get in touch to find out how we can help.

nextHow To Make Your Webinar Multilingual With Online Interpretation