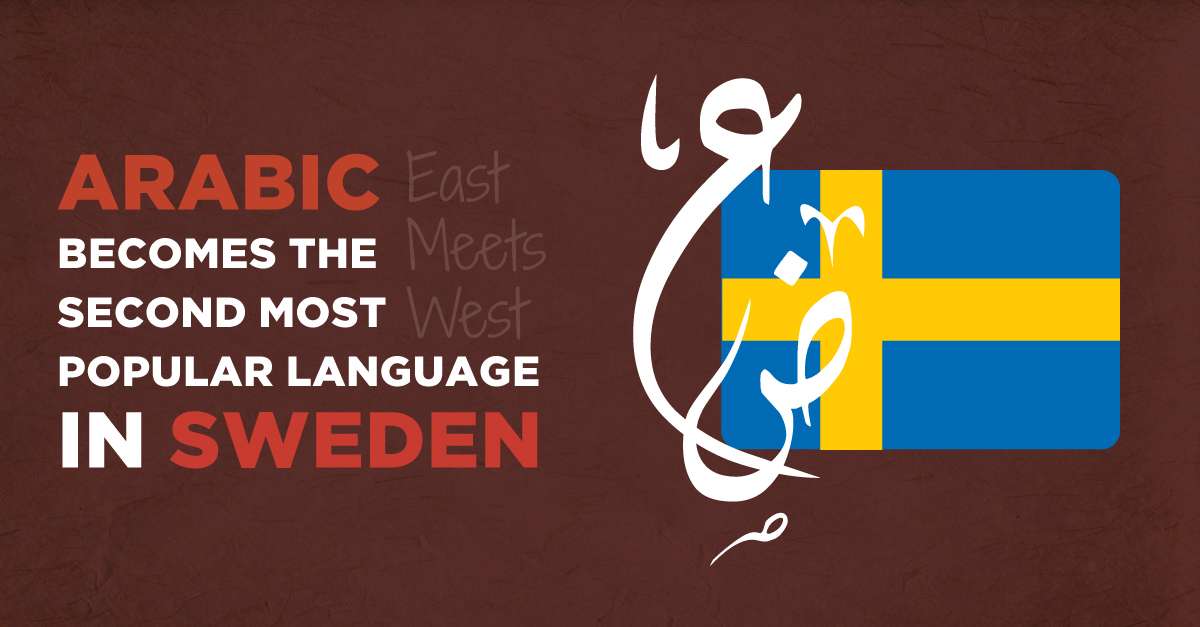 It may come as a surprise to many that the second most common language spoken in Sweden is, in fact, Arabic.

Located in Northern Europe and known for its icy temperatures and blonde-haired, blue-eyed inhabitants, Sweden has a population of just 10 million people and seems an unlikely place to hear the Arabic language.

For over 1000 years, Finnish was the second most common language in Sweden – something that comes as no surprise as the two countries are just 552 km apart across the water but now Finnish has been shunted to third place as Sweden’s population of Arabic speakers grows.

In 2015 alone, Sweden welcomed 165,000 migrants and refugees, many of them from Arabic-speaking nations – an astounding figure when you consider Sweden’s small population.

The fairly recent influx of Arabian refugees and those fleeing wars in their countries could be expected to have taken a serious and negative toll on the Scandinavian country but, largely, this has very much not been the case.  Many Arab immigrants in Sweden have gone on to set up businesses, restaurants and cafes, adding a new vibrancy and cultural diversity to formerly conservative cities such as Malmo and Stockholm.  Many Swedish nationals see this new diversity as a welcome breath of fresh air to a country with many conservative ideals and strict laws on alcohol and other social behaviours.

Football player Moubarak explains how it is that he came to live in Sweden, “We had escaped from a refugee camp in Chad.  It was dark when we sneaked out of the hotel. The last night of the tournament. We took a taxi, gave the driver all the money we had.  We were lucky. We were notified that we could stay in Sweden a few days before Christmas Eve. Now we want to live in a house together, practice football, sleep and eat together. Life will be good.

So now Darfur United, the football team that was started in the refugee camp in Chad, has moved to Sweden, since we all fled to here.”

Moubarak is not alone in his success story with respect to his immigration to Sweden – many Arabian athletes, business people and former politicians have embraced life in the small Scandinavian country.  Renowned for their generosity and kindness of spirit the Swedish people have, in turn, welcomed this new part of their new population – indeed, the Swedish government actively encourages the welcoming of the Arabic people whilst still keeping control of immigration figures stating that Sweden has in no way lost control over its territory and immigrants remain at the mercy of national asylum and immigration laws.

One beneficial side effect of this Arabic influx into the Swedish community is a boom in the language and translation industries.  As the numbers of Arabic speakers increase, it is vital that reliable and accurate translation services are available, particularly within the medical sector where communication is of paramount importance.  With experts predicting that Arabic may, eventually, even become the first most common language in Sweden, expert translation will possibly become the country’s greatest asset.

previousMaking A Connection In The Translation Industry

nextGiving Tcworld A Ten - Why Future Trans Will Be In Stuttgart This Year?