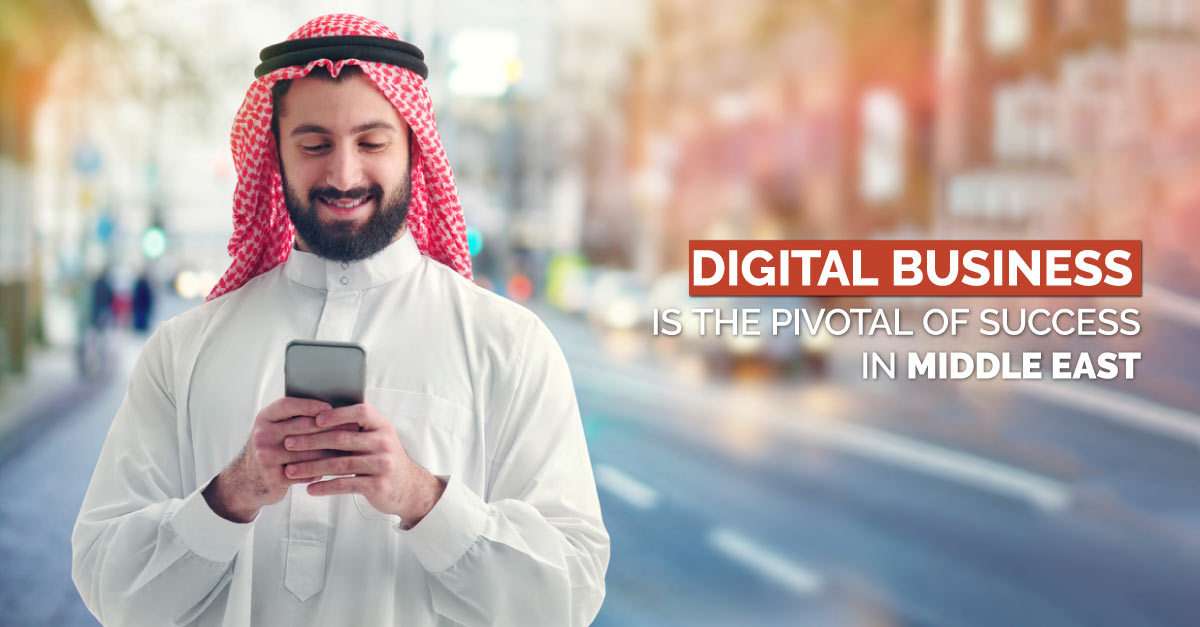 A colossal digital revolution is steadily approaching the Middle East landscape. A recent GSMA research outline that currently there are almost 263 million smartphones being used in the MENA region. While smartphones have infused the US at a 91% rate, there is a good 86% users who are constantly on their smartphones in Saudi Arabia. Not forgetting UAE in the Middle East which rates a smartphone usage rage of nearly 100%.

Countries including Qatar, UAE and Bahrain take the lead with drastic social media and smartphone usage rates. Smart phones prove to be a significant factor in contributing towards the reinvention of a digitalized Middle East which is revolutionizing every single day.

The Youth’s Contribution towards a Digital Middle East

Nearly 65% population of the MENA region is under the age of 30, while 50% are under the age of 24; this certainly proves that the Youth is ‘crowding’ the Middle East. Middle Eastern Youth is digitalized and the very fact makes it obvious to potential investors looking forward to invest in Middle Eastern Digital Businesses, that they will dealing with a purely digital nativity within the region when selling their products or ideas.

A sum of $815 million was capitalized for MENA startups and within a matter of a year, these startups experienced a 70% augmentation in its investment rate within the MENA region itself. As a result, multiple start-ups transformed into successful businesses across the MENA which includes Careem and Fetchr. Technology and digitalization is a parallel growth asset the MENA economic sector, ranging from transportation to education, everything that is digital is intended to boom.

MENA Region as a Digital Powerhouse

The UAE has invested all its efforts in transforming the face of transportation for the World, especially for Middle East. They intend to devise world’s very first taxi drone. Having given its first public demonstration, the plan is already under effect.

Dubai is further investing into the idea of employing Artificial Intelligence (AI) at their airports, where AI would be facilitating passengers with their meal servings, their cab bookings and last-minute duty free shopping, with an unimaginable aspect of self-driven electronic automobiles for helping the crew on-board.

In the year 2017, Dubai printed a 3D building, based on 2,700 square foot of space which only required 17 days and 18 people to carry out its construction.

Paytabs is an inventive, fresh business that is based on centralized payment method which offers consumers and venders the technology to easily pay and get paid.

Anghami is a platform that offers infinite Arabic and International music streaming to its digital consumers. Being a successful Middle Eastern Digital Business, Anghami’s streaming services has acquired above 33 million users.

Over 3 billion dollars have already been generated through Middle Eastern digital investments everywhere across the MENA region and the rest of the world. Currently, the Middle East has initiated the discovery of their digital potential, which according to research is merely 8% of its full potential. Middle East will be able to achieve a boomed revolution through digital business by 2030.