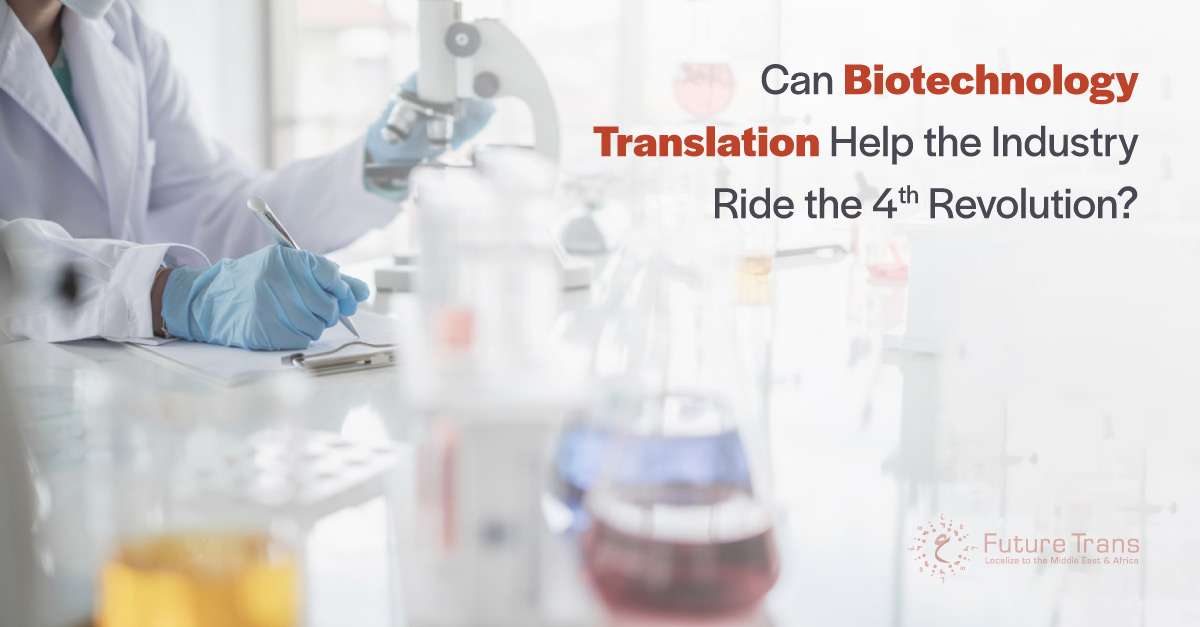 Is it true that biotechnology businesses are different from pharma companies? To answer the question, let’s cut the argument short. Even though both biotech companies and pharmaceutical businesses manufacture medicines at the end of the day, yet the drugs produced by pharma companies mostly have a chemical basis, while those made by biotech businesses usually come from living organisms.

All right. So, it’s a bit sensible to hold back, terrified of further complicating the issue by creating the term “biopharma”!

And finally, what about the much-talked-about fourth revolution?; and what is the relation between both ─ if any?

Can Biotech Restore the Lost Balance?

Further clarifying it, Victor de Lorenzo, Head of the Molecular Environmental Microbiology Laboratory for the Spanish Council for Scientific Research, has described the fourth industrial revolution, explaining that “the arrival of systems biology by the end of the 1990s, and the emergence of synthetic biology in the early 2000s, completely changed the game of designing microorganisms, and even  higher living systems, as agents for industrial-scale transformations of feedstocks of diverse origins into valuable products.”

But the most important observation made by Victor de Lorenzo is the one he has made about the potential connection between biotechnology, or what we describe as the fourth industrial revolution, and the prospect of solving some of the real problems of our world

According to him, “waste from unchecked industrial, agricultural and urban development has generated large amounts of greenhouse gases, non-degradable plastics, micropollutants, major imbalances of nitrogen and phosphorus, and an unmanageable volume of lignocellulosic residues…. If a few chemical reactions (e.g. the Haber-Bosch process for nitrogen fixation) were able to change the ecology of our planet, we may also explore ways of mitigating our impact by deploying large-scale bio-based interventions aimed at restoring former environmental balances and creating new ones.”

Therefore, restoring former balances in our world’s environment (music to our ears!) is becoming at last possible, not a dream, thanks to the fourth industrial revolution. What a breakthrough!

However, the landscape of the biotech industry is not static. It has changed substantially over the last 2 decades or more, and here are some of the areas which have witnessed a lot of changes:

There’s no denying that that one of the major challenges that face biotech firms with regard to promoting their medical products or services across global markets consists in the medical or technical jargon that may not be understood by their target audiences.

And here comes the vital role of professional translation and localization companies whose job is to bridge the knowledge barrier so as to ensure that both current clients and prospects fully understand what Biotechs are offering.

Therefore, many biotech and pharma industry observers describe the successful biotech company as the one that sets itself apart from the competition through many activities, including the ability to choose the right biotechnology translation partner which helps them communicate effectively with their clients across the globe.

An ISO 17100 certified language services provider, Future Trans has been delivering biotechnology translation services for more than 20 years, building up a wealth of knowledge and insight, as well as a database of satisfied customers.

Even though our success in this field is primarily based on a highly qualified team with a long experience in translation biotechnology, we further support their efforts with the latest technology, thus developing a unique formula that transforms your content, so that it can cater to your needs and thus satisfy your multiple target audiences.

Get in touch today with our team of biotechnology translation experts to get a free quote.

next5 CAT Tools Every Translation Company Should Have