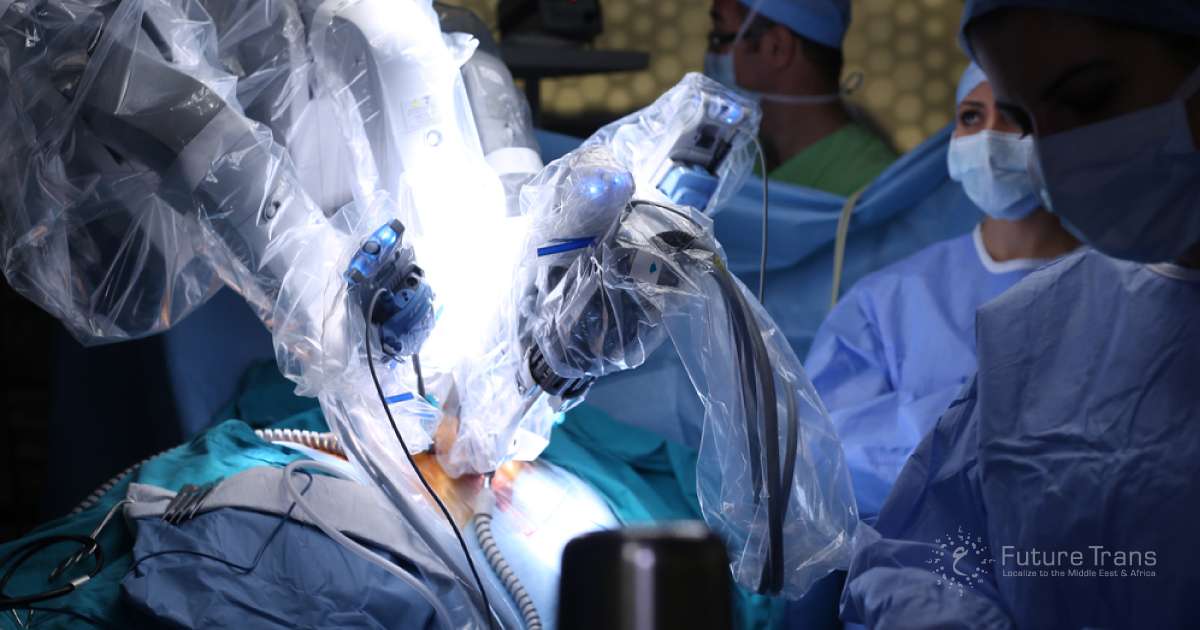 “Suzanne Beware of the devil, don’t let him spoil your heart”!

Rumor has it that the famous British-Jamaican reggae musician Dandy Livingstone is going to change the opening words of his famous hit to “Doctors, Beware of Robots, don’t let them spoil your business”!

But, regardless of whether it is fact or rumor, what is it all about? Is it true that the current and future medical technologies are going soon to invent a new world order where our beloved doctors will be competing with robots for treating patients across the globe?

To rephrase the question: Are we really moving towards a future where robots will have the upper hand and will probably do the sensitive work which doctors are now doing? And, will we, in the end, see a Sino-American trade settlement?!

The answers to these questions will lead us to some new facts. First, according to many medical devices industry insiders, an autonomous robot may in a little while be taking its position among the staff of hospitals, doing jobs that range from taking a patient’s pulse and scanning vital signs, to reading case notes or even performing surgery (not operated on me!).

This is about the future, but for now, we currently have doctor-controlled robots that are already performing a lot of medical procedures, though still under the control of doctors.

Since the trend is obviously growing, let’s have a look together at the top 5 breakthroughs in medical robots that are forcefully conquering our health life [But please don’t tell doctors! ]

The idea behind this promising type of medical robots is to use near-microscopic mechanical particles to localize a drug or other therapy to a specific target site within the patient’s body, such as, for example, directing radiation to a specific tumor, or confining the side effects of a medication to the organ where it might be needed.

As for how the particles are directed to the targeted organ or tissue, the new breakthrough lies in micro-bots with very small, helical tails that can be guided by magnetic fields to spin themselves forward through blood vessels to a specific spot in the human body ─ just like arrows falling on a specific enemy.

The most famous of all medical robots, and probably the oldest ─ around 18 years back ─ daVinci is a machine that surgeons use to perform operations with just a few tiny incisions and with very high precision ─ that is less bleeding, less risk of infection, and quicker healing.

As many tech companies are developing systems along the lines of daVinci with more autonomous features, nobody knows what’s next in this area.

Forget the awkward, uncomfortable procedure that almost all patients hate like hell, namely endoscopy, and take the amazing alternative ─ flexible, slender robots that can be directed, like an arrow, to the exact spot that needs examination.

Some improved versions of the robot will hold in the spot of the body where it has been directed, and will then deploy a variety of tools for many purposes, including taking a biopsy and cauterizing a wound.

For patients and medical professionals alike, robotic exoskeletons look like the story of Aladdin and the magic lamp, with the lamp genie asking Aladdin about his wishes!

They do such semi-miracles as helping paralyzed patients to move again, correcting malformations or rehabilitating patients after a spinal cord or brain injury by providing weak muscles with the extra help they need to perform movements and begin healing the damage.

Let’s be frank and admit that humans are not trustworthy enough to keep hospitals clean so that we can put an end of the tragic story of patients going to the hospital for treatment to leave it with a completely new disease due to the hospital’s lack of hygiene. But can robots do it [with love]?

In fact, they can. New disinfectant robots have been developed to move by themselves to patients’ rooms and sterilize them with high-powered UV rays for several minutes until no microbes or bacteria are left alive.

With these 5 medical robots and many others, the medical arena is about to witness drastic changes that hopefully means safer surgery, better diagnostics, shorter waiting times, reduced infection rates, and increased long-term survival rates for everyone.

previousCorporations Are Heading Towards eLearning, Why?