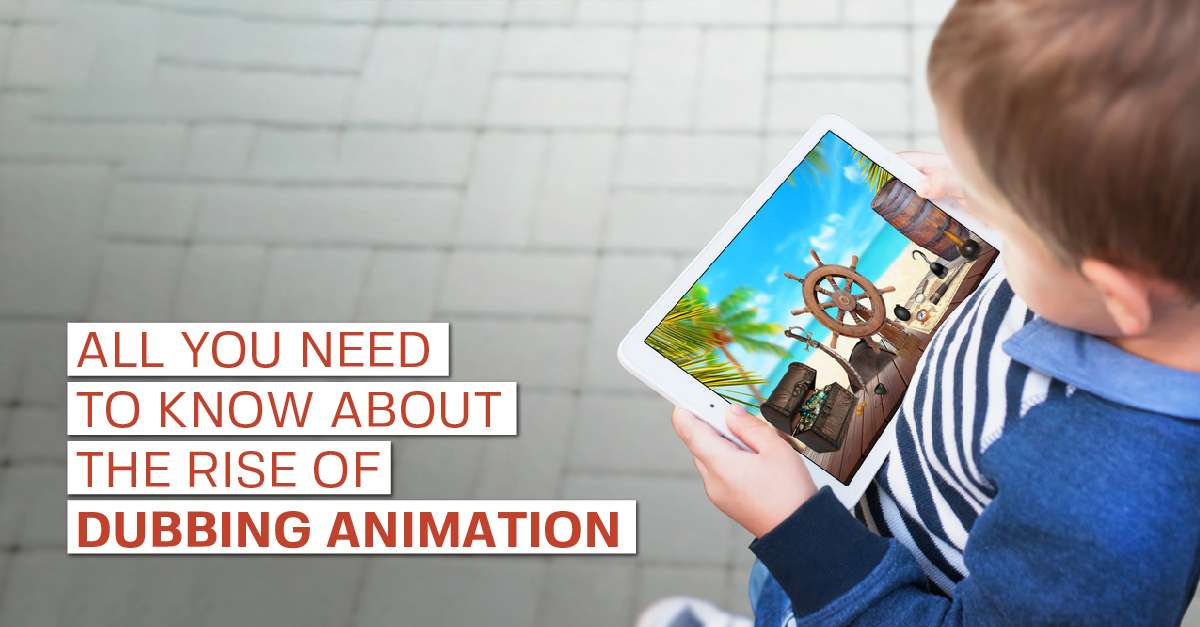 Over the past few years, global consumers have shown a growing consumption towards engaging and high definition audiovisual content – especially animation.

Disney’s top world box office hits like “Frozen” and “The Minions” around the world has proven that good animation content can be localized for different regions in native languages through dubbing and it will be a success. The dubbing industry and voice dubbing companies are on the rise because they help the entertainment industry reach a wider set of audience release content in their native languages.

Revenues have tripled for animation and dubbing industry because the global audience enjoys watching content that they and children can better relate to when it is in their own language. The value of the global animation industry is projected to increase from $254 billion in 2017 to a whopping $270 by 2020. The segments of the animation industry are growing by 2% each year with a sharp increase in video consumption and we see popping of animation studios around the world.

Wondering which are the best animation studios? Here are the top five.

Co-founded by Apple creator, Steve Jobs, Pixar was bought by The Walt Disney Company in 2006 for $7 billion. Located in California, US, Pixar has a claim to some of the most critically successful animation films including Brave, Inside Out, the Toy Story series, WALL-E and Ratatouille.

Creating beautiful feature films since 1937 like Snow White and the Seven Dwarfs, Disney’s popular Studio – located in California, USA – has released some of the world’s top-grossing animated films of all times. These include Frozen, The Lion King, Aladdin, Big Hero 6 and Wreck-it Ralph.

Located in California, USA, DreamWorks Animation films has done a splendid job of distributing popular animated films globally. They’ve earned 22 Emmys, a number of Annie Awards and 3 Academy Awards. They also have a long list of Golden Globe and BAFTA nominations. Their works include Madagascar, Kung Fu Panda, Shrek and How to Train Your Dragon.

Headquartered in Tokyo, Japan – Studio Ghibli is one of the top Japanese film animation studios by all arguments. They have a claim on making 8 out of the 15 top-grossing anime films made in Japan including The Wind Rises, Ponyo and The Secret World of Arrietty.  They have earned countless Academy Award nominations and four Japan Academy Prizes for Animation of the Year awards.

The animation studios work with reputable dubbing studios to create magic in multiple languages globally. Voice dubbing companies or a dubbing studio will follow some standard steps in the process of dubbing.

Step 1: Translation service – the script and dialogues have to be translated into the targeted language(s). During this step, translators work on the text to create the same message in the alternate languages without losing the true essence while staying in the same time frame.

Step 2: Adaptation – once the translation is done, translators work to adapt the content for recording. Matching the labials and editing the content to precise length are two key parts of the process.

Step 3: Casting – Talented and suitable voice actors are selected according to the budget. They may be tested to perform a certain part of the animation film.

Step 4: Directing and recording – Voice actors record the lines while keeping lip-sync, voice tones and pitches in mind. This can be a lengthy process.

Step 5: Editing and Mixing – Depending on what the client requires, sound engineers edit, format and mix the recording.

If you’re looking to turn your animation production into a success, partner with Future Trans – one of the best voice dubbing companies you’ll hear about. We have helped hundreds of clients around the world and have a very solid experience in dubbing animations in more than 150 languages. Our pool of talented translators and voice-over actors are expert linguists with vast experience. Future Trans dubbing studio handpicks the most suitable individuals to meet your requirements according to your budget and your project scope.