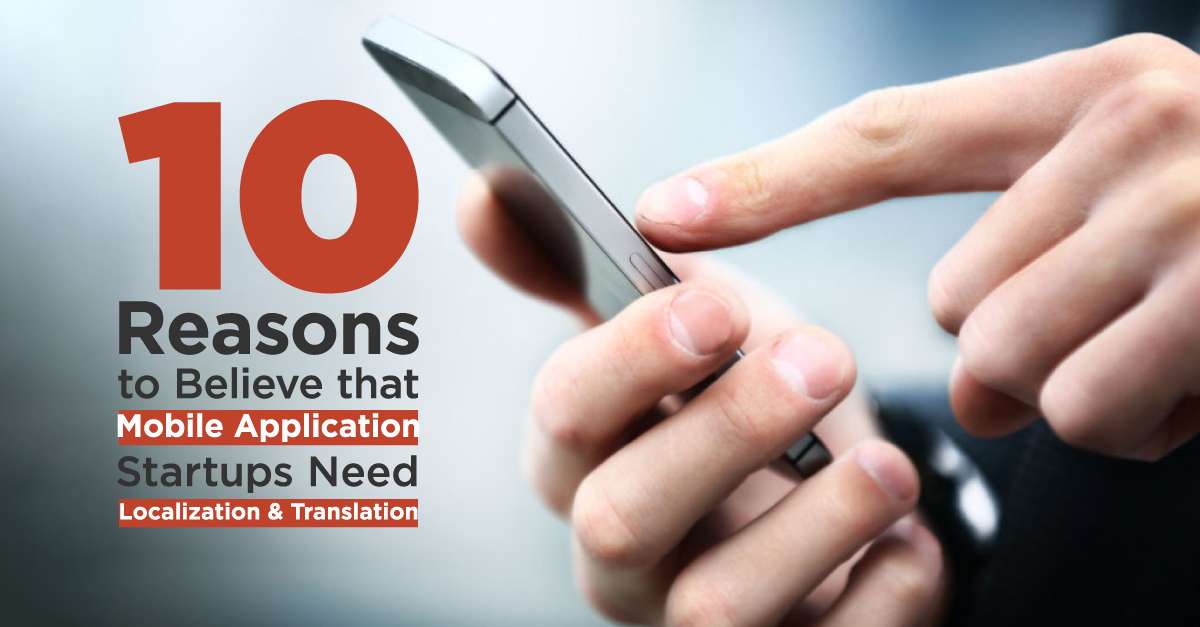 Future Trans defines app localization services as the adaptation of mobile application content to meet the language and cultural requirements of a specific target market. This includes:

1. Increasing your visibility in Markets:

App localization intensifies the possibilities of your app being featured on any app store, especially iOS and Android. An app such as Candy Crush Saga appears with the option of multiple languages which makes it easier for the downloaders of the app to read the terms and conditions before agreeing to them, to comprehend the start-up steps of the app, and to further decipher instructions, achievement notifications and promotions that would appear on the app start-up.

As user-friendly as you make an app through the process of localization, the more guaranteed downloads of your app on the App Store. By localizing an app store’s listing for your desired product or app, you are bound to attract foreign users and buyers for your app and its promotional products.

2. Your Presence in the App Store

App developers need to accept and remember that the App Store is a universal supply of apps which isn’t limited to a single country; it is globally available to 150 countries which can support up to 40 different languages. In order to stand out as an extraordinary app among the app store ratings, any company or app owner needs to realize the importance of a local market-oriented app. For instance, if a UAE oriented app introduces translation to opt for English and Malayalam language in addition to Arabic, considering that a majority of their population speaks these dialects, it will boost their reach to half the globe.

Access to a constantly multiplying customer reach is significant for almost any business. Where international growth is concerned, a product that is efficiently localized and translated is the key to exceptional growth because it the apt product to fit the local market and so fulfill the consumer specific needs for that particular market. In doing so, localization eventually eradicates cultural differences while edifying users about your app because of the interest that they will develop, hence proving that your app is engaging enough.

As a matter of fact, English prevails as a globally used language when it comes to technological devices and the Android or iOS applications installed in them. But that clearly does not delineate that any customer will not be interested in using an app that is not user-friendly for them, and friendly here means that different markets might have differences in the cultures context, layout and many more things you should consider. The world has now routed to customization and every mobile user prefers engaging in an app which allows them the comfort to surf through the internet at their own convenience

The global app market is now worth $44.8 billion; this number is expected to double by 2020, so If you localized your mob app you will have a great chance to achieve incredible growth on your ROI because localizing your mob app will encourage people to download it.  China for example almost 100% of the top 100 apps are localized and it’s very similar in Korea and Japan as well. So the overall ROI of localizing an app is very high in the very huge Asian markets because of the preference of their native languages but it also shouldn’t be neglected in Europe.

Localization services can be viewed as the most convenient, guaranteed and optimum measure that you can undertake to allow your app or product for accessibility to open public, and further to specific audiences around the globe. Without ignoring the aspect of localization, one should gear up by preparing content for app localization at an early stage of app development; there is no point in regretting later because the cost to localize various new languages might drain you. However, localizing one language will prove cost-effective for you.

7. Increase your Rank on the App Store

When you choose the right keywords for every localization, you have high chances of being on the top of the rank of several app stores, leading to an expected increase in the total number of downloads. A localized app has a much higher chance of being installed over another app that is not localized. Also if the app has better quality localization than its competition its also much more likely that the customers stay engaged.

To get a competitive advantage and beat your competitor you should focus on developing multilingual apps that help you to increase sales volumes and reach a much larger client base. So it’s easier now to beat them by providing your services in local languages.

9. Your customers will be your seller

A satisfied customer Is a powerful asset to your business, so taking customers’ cultural and language preferences into consideration it will be a great chance for your business to spread the globally by your customer’s word about it.

10. The future relies on localization

Localization acts as a catalyst for your procurement and consistent engagement struggles. Mobile localization services makes sure that you appear professionally smart and as flexible as your consumer base. Therefore, we at Future Trans develop your mobile content with an aim to correlate the desired target market. Future Trans does not let your investment die out; in fact, our team at Future Trans can translate your apps into any language you want in order to enhance the customer interaction experience for your targeted mobile users.

previousDigital Business is the pivotal of success in Middle East!

next5 Million Words Translation in 10 days!