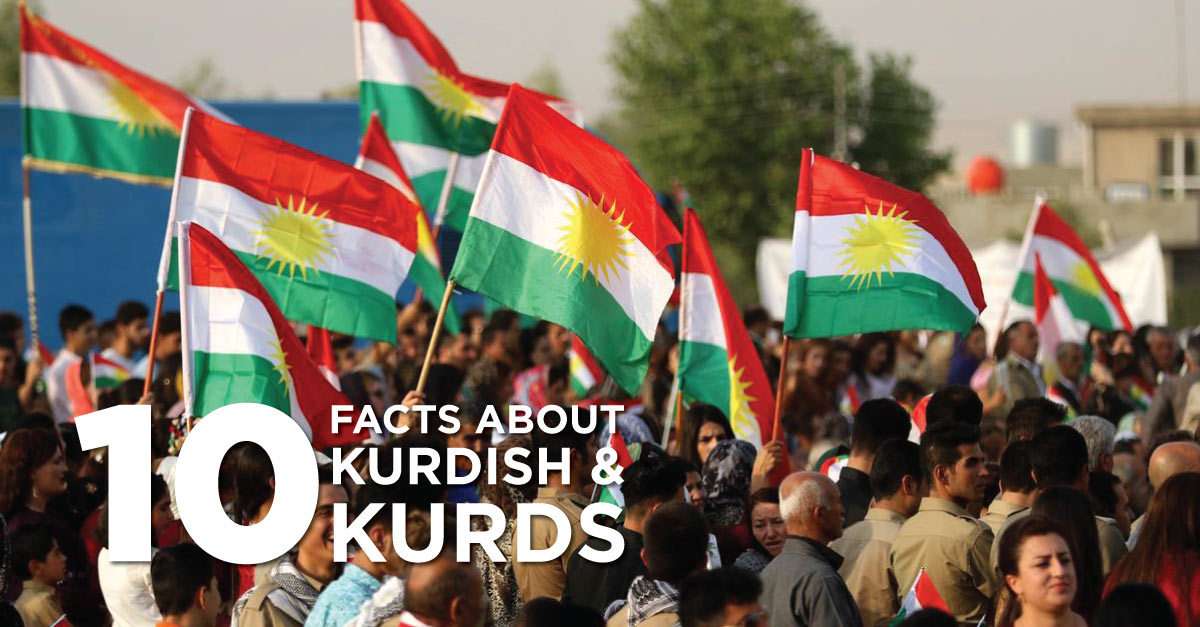 The Kurds successfully managed to establish a reputation of themselves as a strong, united and diverse cultural group, but they are undeniably still recognized as a stateless national group within our practically independent globe.

Kurdish – The Official Language of Kurdistan
There are two prominent dialects that are used by a majority of Kurds:

While there are two other dialects of Kurdish known as Hawrami and Zaza which are rarely spoken in some areas.

According to the places where the language is spoken, Kurdish is divided into three major demographic regions:

10 Facts about Kurdish and Kurds Culture

Kurdistan, to some extent, is delineated as a “geo-cultural region” of the Middle East because of the exceeding number of Kurds there. At the end of WWI, Turkey refused to honor the Kurdish allies with a separate identity. Later when Turkey set the boundaries, the Kurds were abandoned. Despite all of that, almost 30 million Kurds from one of the world’s largest ethnic groups today, without an independent country.

There are two major parties inside Kurdistan, the Kurdistan Democratic Party (KDP) and the Patriotic Union of Kurdistan (PUK); and each is led by a member of Kurdistan’s two leading families, the Barzanis and the Talabanis.

One of the prominent religious bodies in Kurdistan is of ‘Yazidis’ who comprise up to 500,000 Kurds. The Yazidis believe that there are seven angels who look over the world which includes an eminent “peacock angel”.

The Kurds use a calendar of their own which deviates from the western Gregorian calendar format. The Kurdish calendar initiates the year on the first day of spring which is called ‘NewRuz’ or ‘Navroz’ (Persian dialect). The Kurds further added seven years to their calendar on account of “the reincarnation of their deceased leaders’ souls.”

The Kurds emerge from a diverse mix of early Indo-European, Turkmen, and Arabic tribes. As ranked by BBC, the Kurds form the fourth-largest cultural group within the Middle East.

Iraqi Kurdistan is a considerably autonomous expanse within northern Iraq. The legislature in this region is constitutionally chosen which by law entail the inclusion of minimum 30% females into the parliament.

The Kurds serve as allies to the US in the war against ISIS. However, the PKK (Kurdistan Workers Party) falls under a group that Washington legitimately declares as an FTO (Foreign Terrorist Organization). The US doesn’t count the Syrian Kurdistan or People’s Protection Unit as terrorist establishments, but when these groups collaborate with PKK to battle ISIS, the undeniably fall under the same category.

The People’s Protection Units (YPG) does not just allow both genders to serve in the YPG, but in fact, it accepts people from diverse cultural backgrounds and various religious casts to serve along. The current YPG structure against ISIS is composed of a number of Kurds, Yazidis, Christians, Arabs, and Turkmen too.

The liberal investment law which was sanctioned in July 2006 in the Kurdistan region offers incentives to foreign shareholders; this enhances their economy by attracting investors. Trade is the most encouraging factor in Kurdistan’s economic growth, and the revenues boost small and medium-sized business. Federal Government claims that trade revenues go up to $9.6 billion in the Kurdistan region.

Copious oil and gas resources are being developed by the Kurdistan Regional Administration. With eleven public universities and 10 private universities, a structured finance sector, the inauguration of two international airports in Erbil and Slemani along with another planned airport in Duhok; the Kurdistan Region offers immense investment opportunities to foreign and local investors with respect to banking, communication, construction, teaching, oil and gas resources, tourism and healthcare too.

The Need for Translating and Localizing into Kurdish

Considering that the region possess a considerable amount of public and private universities that extracts material from books printed in various languages, that internationally running airports need local employees to understand various foreign languages so that they can deal with all passengers, that banking sectors serve clients from all across the globe for investment purposes so they need to be able to comprehend every client’s requirements, complaints and feedback in a language well-known to the banking employees; it is crucial that translations of written and spoken data are localized into Kurdish so that the locals can better engage in business.

It is evident that despite being non-independent, the Kurdistan region has abundant business opportunities and the scope to further grow into international markets. To further enhance the growth after independence, and to reduce language obstructions faced by the local Kurds, it is necessary that the route for Kurdish translation service. Envisaging to carve a business-oriented, prosperous landscape of the Kurdish region, Future Trans profoundly eradicates the language barriers and hitches by their translation services.

nextFemale Vulnerability to HIVAIDS in Africa!